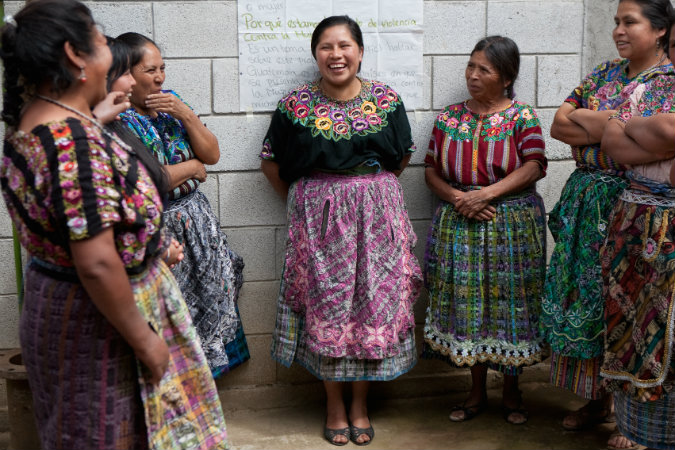 “When the Women’s Justice Initiative arrived in my village and invited us to join the programme, I learned that we could do something against […] the violence that they exert on us women. […] In the past, my husband treated me badly. He did whatever he wanted to me and treated me like an animal. Because I was so afraid of him, I endured all of this. Since I didn’t know about the laws and what they meant, I put up with everything he did to me,” said Claudia Ajú, who attended a WJI legal literacy course.

Claudia Ajú, who lives in Xeatzán Bajo, a rural area of Guatemala, described the impact of engrained patterns of domestic violence in her community. Guatemala has one of the highest levels of violence against women and girls in the world, and the second highest number of femicides in Latin America [1]. Despite the 2008 Femicide Law, which addresses violence against women, gender-based violence continues to rise and disproportionally affects indigenous and rural women.

The Women’s Justice Initiative (WJI), supported by a small grant from the UN Trust Fund to End Violence against Women (UN Trust Fund), is working with Mayan women and girls in 18 rural communities in Guatemala’s Patzún municipality. WJI’s programme combines legal literacy courses with mobile legal outreach, and is the only organization taking action to prevent violence against women in these 18 rural indigenous communities. 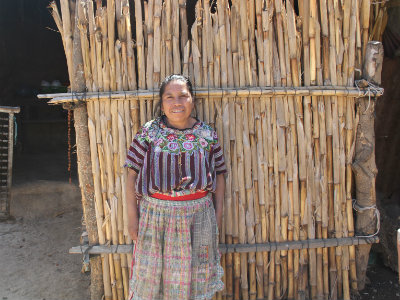 The WJI project, which began in 2016 with the UN Trust Fund’s support, helps Mayan women overcome key obstacles in accessing justice. For example, the project provides legal services in Kaqchikel – the language used by the vast majority of rural Mayan women in Guatemala – and thereby eliminates economic, linguistic and geographic barriers that stop women from seeking justice. This has resulted in a sharp rise in the number of survivors of violence pursuing complaints, with WJI seeing an increase of 145% of women reporting from the previous year measured.

WJI has so far helped 495 women in legal cases linked to violence or securing economic rights. The support given, which includes providing a legal advocate and interpreter, allows survivors of violence to navigate the complicated legal system.

In addition, at least 813 Mayan women have participated in legal literacy and skills-building courses. One participant, María Calcá from Popabaj, explained the difference the course had made to her life:

“Through the programme, I started to value myself more and found the courage to talk to my husband about our problems. I told my husband that as a woman, I also have dignity and value and that he should treat me with respect, like I do with him.”

The knowledge gained by the women has transformed attitudes towards violence against women and girls. Nearly half of women participating in the courses have sought legal assistance, reflecting their increased ability to exercise their rights. Irma Saquec, a newly trained community advocate in Patzún, said:

"For me, the greatest part of being a community advocate is being able to help other women from my community who are affected by violence. I can help, advise and accompany women because of the training I’ve received and because of my own experience... I try to speak with my family and the community about violence against women so that women don’t just accept it and so that they don’t have to suffer like I did.”

WJI is one of 32 grantee organizations supported by the UN Trust Fund that provides access to free legal aid in cases of violence. The free legal aid service, is one modality in which three active UN Trust Fund grantees support rural women to own, use and/or control resources such as water, energy, or land as a strategy to escape from, or prevent violence, reaching 2,223 rural women in 2017 alone.

[1] In 2014, according to the most recent data available from the Economic Commission for Latin America and the Caribbean.

Related News
18/02/2021
In the shadow of COVID-19: Adapting to protect women from violence in Colombia
18/08/2020
Investing in progress to ending violence against women
22/07/2019
Case Study: 'We have made advances': Working together to end violence against underrepresented women in Chile
25/02/2019
Case Study: Raising Voices, Changing Power
11/12/2017
Case Study: Empowering older women through intergenerational solidarity building in Peru
END_OF_DOCUMENT_TOKEN_TO_BE_REPLACED