“I can finally feel at peace… knowing I am not alone.” 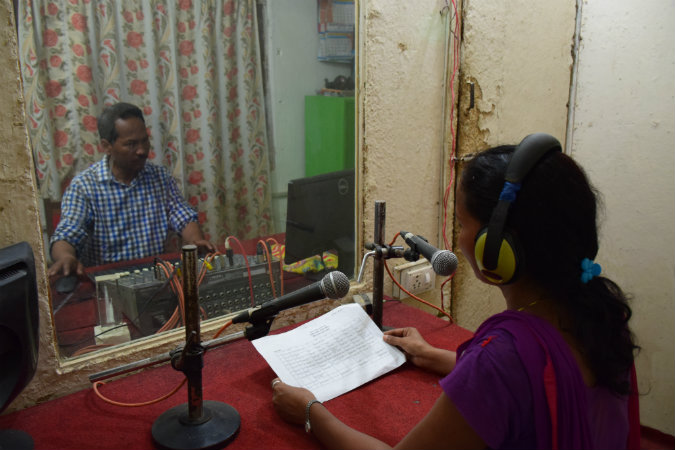 Gita Paudel believed she would never see justice for the violence she endured during Nepal’s long and brutal internal conflict (1996-2006).

During the conflict, an estimated 13,000 people were killed, a further 1,300 disappeared, and women and girls were routinely raped and subjected to other gender-based abuses. Despite this, in the subsequent peace-building process the voices and experiences of Nepal’s women were largely unheard and unacknowledged.

Gita’s pessimism was lifted when she participated in a three-day workshop organized by The Story Kitchen, a Nepalese NGO that encourages women survivors of violence to speak out.

She and other participants said they felt liberated after finding a safe space to talk about the atrocities they had endured. They also recognized the importance of documenting the torture and other violence suffered by women during the conflict. The absence of such documentation has made it harder to ensure that gender-specific threats and security concerns influence policy-making, and has added to the difficulties faced by women who want to seek justice.

“No matter how many years it takes,” said Gita, “I am hopeful now that the guilty will be sentenced one day… Now I can finally forget my pain and feelings for revenge."

The UN Trust Fund to End Violence against Women (UN Trust Fund) is supporting a three-year project by The Story Kitchen called SAHAS (Courage) for Justice: Sharing and Amplifying Her Allegorical Stories for Justice. The project, which began in 2015 and is already operating in five of Nepal’s most conflict-affected districts,[1] aims to:

After the recent three-day workshop, Gita and the other 21 participants said they felt more comfortable about sharing their stories and promised to motivate other survivors to speak out. One of the participants, Jaykala BK, said:

“This workshop has given me hope... I can finally feel at peace seeing other women with stories just like [mine] and knowing I am not alone.”

The project has already documented the testimonies of nearly 100 women survivors. In addition, events recently held in two districts, involving 18 journalists from 6 radio stations, developed and updated ethical guidelines for reporting conflict-related violence against women. Radio is the one of the best means of communication in several parts of Nepal and is widely trusted.[2]

The Story Kitchen’s project is an important part of the campaign to win respect for women’s rights and secure justice for women survivors of violence in Nepal.