Rwanda: Prioritizing grassroots organizations to protect the most marginalized women 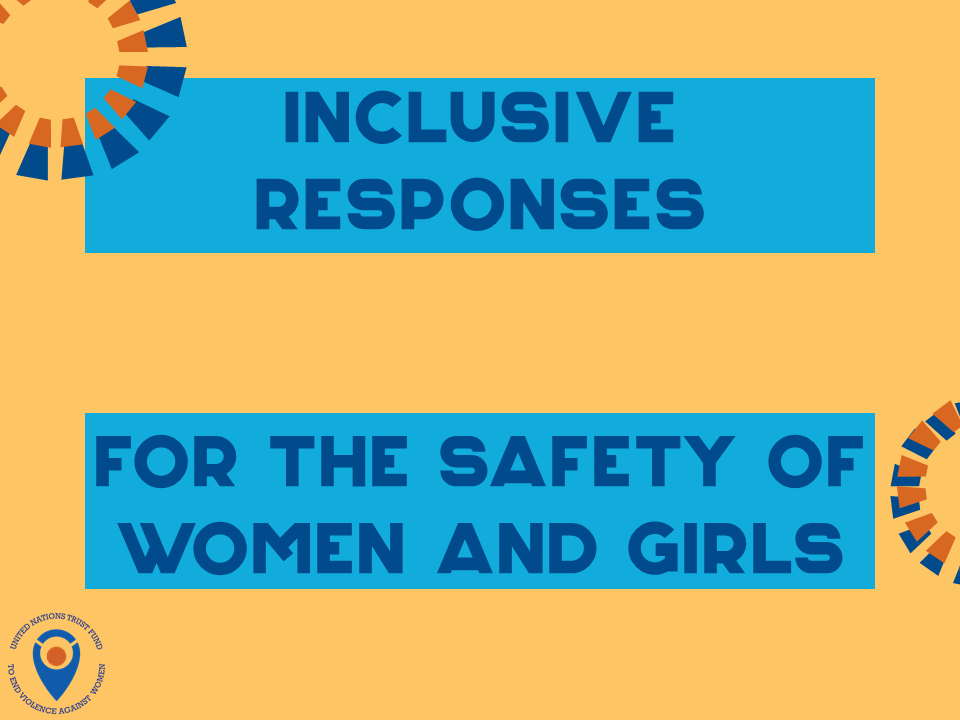 ‘The risk of violence has also increased especially for those women and girls with disabilities.’ - Gaudence Mushimiyimana.

Since the COVID-19 pandemic began, women and girls with disabilities have faced even greater risks of discrimination and violence – intersecting forms of abuse they are all too familiar with. The risk of violence against this particular group is further heightened when essential information cannot reach them, and basic services become unavailable or unaffordable.

The Rwandan Organization of Women with Disabilities (UNABU), a small organization of and for women and girls with disabilities, funded by the UN Trust Fund to End Violence against Women (UNTF EVAW), is adapting to the crisis to ensure that its beneficiaries remain safe and empowered. Gaudence Mushimiyimana, co-founder and Executive Director of UNABU, explained:

“Most [women and girls with disabilities] have never been in schools, thus employment opportunities [are] limited and they are among the poorest of the poor. In addition, they are invisible… [and are] the most vulnerable to gender-based violence and all threatening situations like the current pandemic [when] they depend 100% on others economically, socially, emotionally for care and surviving.”

In Rwanda, information about the pandemic is broadcast on national television with sign language interpretation, complemented by radio and text messages. However, women and girls with disabilities in remote or rural areas cannot access these forms of communication. As a result, those living alone quickly began to struggle as the health crisis deepened, particularly after markets closed and food prices rose.

“The risk of violence has also increased especially for those women and girls with disabilities [who are] living alone or their houses are isolated from others. Many of them also reported the fear of sexual violence because movement around and in their houses is restricted and therefore perpetrators may take advantage.”

As COVID-19 has spread and is exacerbating the pandemic of violence against women, small organizations like UNABU have often been the first to reach at-risk women and girls in remote areas. However, they are operating with limited resources and often lose out in competitive races for funding. UNABU itself is operating with limited capacity and relying on volunteers’ networks to support its beneficiaries and staff. Its task is made harder because many of its most vulnerable beneficiaries can only be contacted in person.

“The role of small women’s organizations is critical in crisis situations such as the COVID-19 pandemic when women and girls with disabilities are at heightened risk from violence, discrimination and isolation, yet these organizations are facing significant challenges to functioning as usual such as the lack of infrastructure to allow staff to work from home and lack of financial reserves to support the organization through a sustained period of uncertainty.” – shared Anna Alaszewski, Programme Specialist at UNTF EVAW.

Now more than ever, these organizations need resourcing. UNTF EVAW is calling for collective support for small, women-led and women’s rights organizations that are on the front line of protecting women and girls at risk of violence around the world.