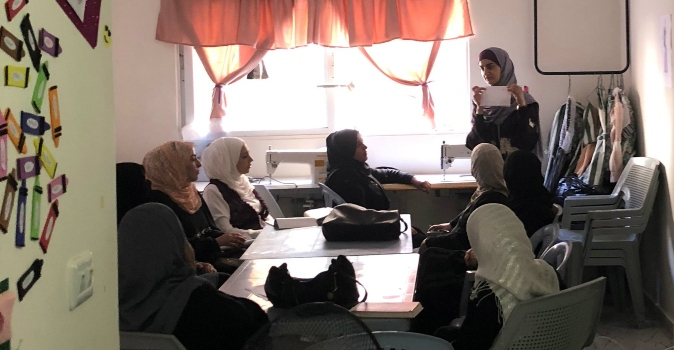 Jordan is one of the countries most affected by the ongoing humanitarian crisis in Syria; with over 666,000 UNHCR registered refugees from Syria alone in the country.[1] Around 80 per cent of Syrian refugees in Jordan are living in urban settings alongside the Jordanian population, rather than in camps, and a vast majority of this population lives in poverty.[2] This is putting considerable strain on over-stretched services, and also means that refugee women and girls are often missing out on many specialized services available to refugees living in camps.

During times of emergency and in fragile settings affected by humanitarian crises, women and girls are at a heightened risk of violence.[3] The UN Trust Fund’s grantee Arab Women’s Organization (AWO), an Amman-based local NGO, runs two women’s centres to respond to the unmet needs of women and girl survivors of violence; serving both Syrian refugees and the local Jordanian community. 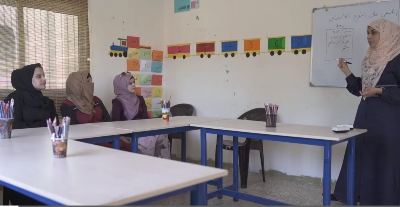 In these centres, Syrian refugee women and local Jordanian women alike receive access to support services including case management, legal consultations, referral services and skills training. One of the activists at AWO’s centre in Mafraq, Rasha, leads workshops focused on increasing awareness of the forms and dynamics of gender-based violence. She explains that the community initially tends to understand and “recognize physical violence, but [violence] can take more than one form”. Her classes include information on how to also identify emotional, economic and psychological violence. She meets women individually to discuss their questions and makes appropriate referrals to available services in the community. Rasha explains that “many women are unaware of their rights and feel helpless about their situation. Such attitudes change, when women participate in the centre’s activities”.

Noura, who has six children and fled from Syria to protect her family, said “with the help of a legal counsellor and classes at the centre, I feel confident about myself and my future”.

In these safe spaces, AWO has already provided 2,352 women with information about their rights, violence against women and the risks of early marriage; provided vocational and literacy skills training; and run awareness-raising programmes for men and boys about gender equality, gender roles, violence against women, and women’s rights. The skills classes are also promoting social cohesion between the local Jordanian population and Syrian refugees by having all sessions be composed of mixed groups. So far, 700 Jordanian and Syrian men and boys have participated in awareness raising workshops about violence against women, non-discrimination, and alternative models of masculinities. Many of the participants have joined at the request of a friend or family member. 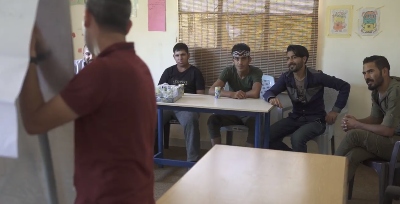 This work with men and boys has led to a change in mindsets of both Syrian refugees and local Jordanian men and boys. One such participant, Jamoud, who is a refugee from Syria says his views on gender roles changed thanks to classes he attended: “I used to think a woman’s place is at home, but since coming here I changed my thinking.” He added, “I’ve seen the difference as well in women attending the skills classes, and so I’ve brought my friends and family here. I want to share what I’ve learned with others”.