Event: Collaborating across sectors to build a world free of human trafficking 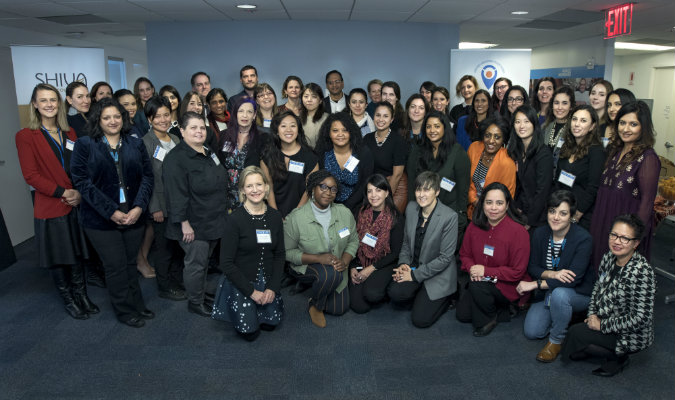 A one-day conference at UN Women’s Headquarters in New York on 9 March 2018 discussed and agreed on collaborative modalities to tackle human trafficking and modern slavery.* Co-hosted by the UN Trust Fund to End Violence against Women (UN Trust Fund) and the UK-based Shiva Foundation, the event brought together the hospitality industry, the private sector, civil society, Government representatives and the UN to design joint efforts to end this human rights violation.

The conference, which was held in the lead up to the 62nd session of the Commission on the Status of Women, presented and distributed resources that show how hotels and private sector industries can help curb human trafficking. Often unwitting venues for victims of exploited labour and sexual exploitation, the hotel and hospitality industry can be utilized for their anonymity. Participants in the event explored the many ramifications of trafficking including the continuum of violence against women across different forms of violence and during different stages of life, as well as the gender dimensions of this pervasive form of organized crime where 71% of victims are women. 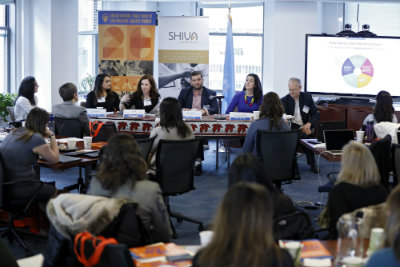 Topics discussed at the conference included:

Aldijana Sisic, the Chief of the UN Trust Fund to End Violence against Women, added:

Marija Andjelkovic, Executive Director of ASTRA, a Serbia-based NGO that focuses on anti-trafficking and is a UN Trust Fund grantee, said:

During the conference, Shiva Foundation, established by the Shiva Hotels group, presented its model for tackling human trafficking. This includes: urging hotels to work collaboratively on this issue; using the industry’s collective purchasing power to change supply chains; and demanding stronger action from labour market regulators. 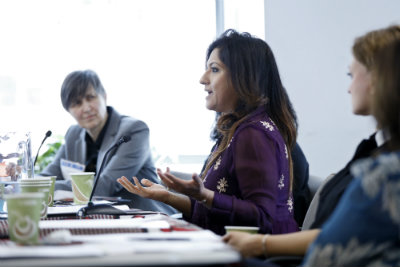 “Modern slavery is a truly widespread and entrenched crime, perpetuated by an organized network of traffickers. You cannot tackle something of this scale without every possible institution working together. This conference is a great example of the type of collaboration we need, bringing civil society, businesses, policy-makers and UN agencies together to strengthen coordinated action in fighting this crime.”

“The Thomson Reuters Foundation is committed to convening diverse stakeholders to take action and forge tangible commitments to fight trafficking, empower women, and advance human rights worldwide. We are delighted to be part of this conference and to continue exploring how different sectors can work collaboratively to find effective and innovative solutions to tackle slavery.”

The event made clear that to end the exploitation of women and girls, the inspiring work of UN Trust Fund grantees such as ASTRA must be complemented by meaningful policies and global standards that are rigorously implemented by governments and businesses. This is particularly true for human trafficking, where business decisions about labour standards and sourcing can have an impact on women's lives around the world. The collaborative efforts and joint actions of the public and private sectors, civil society and the UN to end human trafficking discussed during this day-long conference will serve as a catalysing force paving the way towards a brighter future free from violence against women and girls.

*The UN Trust Fund uses the term ‘human trafficking’ as defined in the Palermo Protocol; Shiva Foundation primarily uses the term ‘modern slavery’. Both terms were used during the conference.