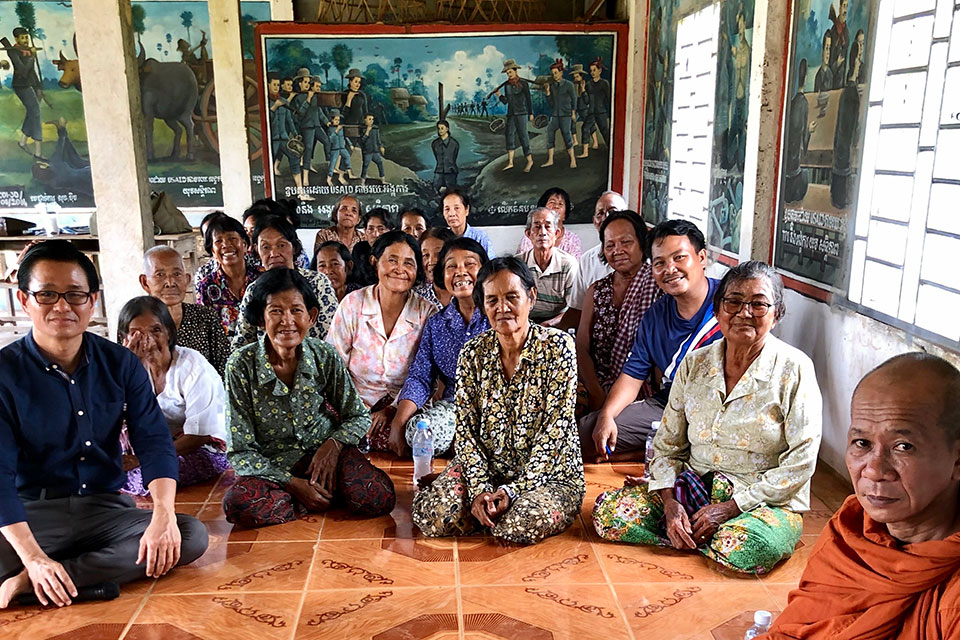 Participants in an association for survivors of violence during the Khmer Rouge, which acts as a support group, gather in the Kampong Chhanang Province in Cambodia. Photo: UN Trust Fund/UN Women/Adina Wolf

In Cambodia from 1975–1979, women experienced widespread sexual violence, including systemic rape and forced marriage, under the violent regime of the Khmer Rouge.[1]

A survivor of such sexual violence, Ms. N. Srey[2] testified before the Extraordinary Chambers in the Courts of Cambodia (ECCC), a special court set up to try those responsible for serious violations committed during the Khmer Rouge regime.With assistance from the Victims Support Section of the ECCC, she was able to muster the courage to describe how her family was killed and how she was raped.

“I hope that things will not be repeated and that future generations won’t be like mine,” said Srey. “I want children, especially my children, to know how painful it was… so that they know what we have gone through… How we did not have enough to eat, and [were] hurt.”

Since 2011, the UN Trust Fund to End Violence against Women (UN Trust Fund) has funded two generations of projects supporting the Victims Support Section of the ECCC, which has worked to ensure that women survivors of violence under the Khmer Rouge become visible and participate in the justice process. During the most recent project, from 2016–April 2019, 3,235 survivors of violence received therapy for their trauma and over 2,000 women among them were supported to testify before the ECCC.

For survivors of sexual violence, testifying about their experience is often traumatic, and may put them at risk of stigma within their communities. Support for testifying survivors was identified as an underfunded aspect of the tribunal. As a result, the UN Trust fund projects trained ‘psychological aid-providers’ [community resource persons and therapists] and brought them to communities, to provide supportive counseling to those testifying in court. They also provided legal representation as well as financial assistance (lodging and transportation) to ensure that survivors, including minority women and those from remote provinces, could access the court hearings and forums. 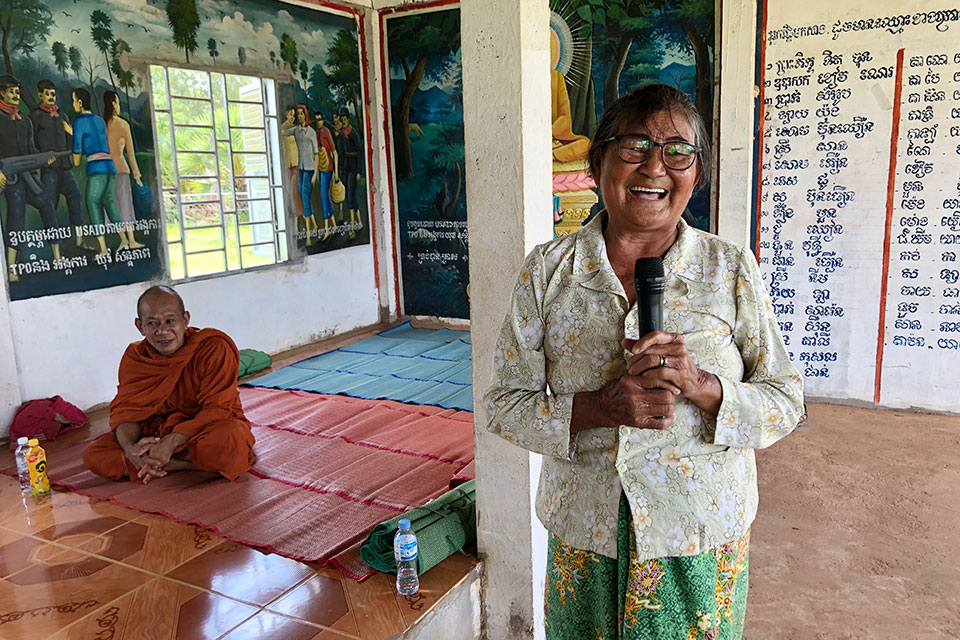 A survivor from the Khmer Rouge regime speaks out during an association meeting about the importance of coming together and supporting one another for the first time in an organized group. Photo: UN Trust Fund/UN Women/Adina Wolf

“Since this happened during the Khmer Rouge [more than 40 years ago], physical evidence has been lost, so [the only evidence] available is the verbal testimony of the survivors,” explains Vannak Hang, Chief of the Victims Support Section. “Our work ensures the meaningful participation of survivors and their psychological healing.”

“The pain is there, and I didn’t know what else to do, but there were lawyers who helped to bring the case [forward], and it made me feel better,” says Srey.

Following the first project, which ran from 2011-2014, the second project of the Victims Support Section supported by the UN Trust Fund, from 2016 to 2019, also created a network of associations in Phnom Penh and 23 other provinces for survivors of gender-based violence during the Khmer Rouge, to serve as monthly support sessions.

Association participant and survivor So Panha*, says: “We join together, help each other and discuss with each other in an association like we never had before.”

According to the final evaluation of the project, approximately 80 per cent of participants who received trauma therapy reported an improvement in their mental health.

“Supporting the Victims Support Section of the ECCC ensured that survivors of gender-based violence actively participated in the justice process, which otherwise may not have been possible to this scale”, said Aldijana Sisic, Chief of the UN Trust Fund to End Violence against Women.

“Funding from the UN Trust Fund will continue to support the work of civil society organizations in creating a world free from violence against women and girls, through awareness raising, prevention, support for multisectoral services and ensuring access to justice for survivors.”

[1] The Khmer Rouge were the armed wing of the Communist Party of Kampuchea, which ruled Cambodia from 1975 until 1979, and were responsible for widespread human rights violations, including rape, forced marriage, torture and mass killings. According to the ECCC website, as many as 3 million people perished during this period.