Commitment to End Violence against Refugee Women and Girls 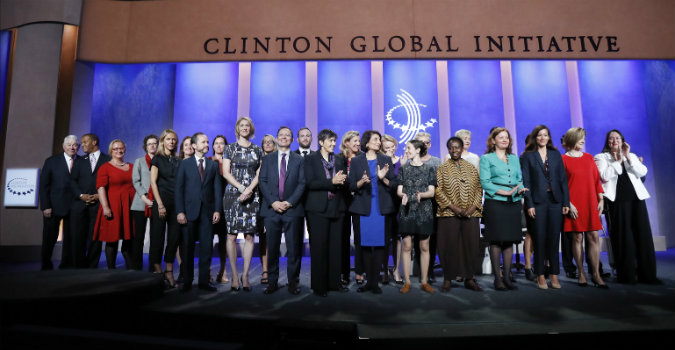 On 20 September 2016, at the 12th and final Clinton Global Initiative (CGI) Annual Meeting, the UN Trust Fund to End Violence against Women (UN Trust Fund) joined No Ceilings: The Full Participation Project, an initiative of the Clinton Foundation, Vital Voices Global Partnership, WEConnect International and a coalition of more than 30 core partners from the public, private and multilateral sectors, to announce a series of Commitments to Action aiming to advance the gender equality targets of the UN Sustainable Development Goals.[1] The collective commitments will impact over 900,000 individuals in more than 60 countries through:

Recognizing the growing number of displaced persons worldwide and the specific refugee crisis driven by the protracted conflicts in Syria and elsewhere, the UN Trust Fund has pledged at least $1 million in grant-making for projects to address specifically violence against women and girls who are refugees or internally displaced.

“This coalition demonstrates that a broad range of partners from the private sector to the grassroots community to the UN offers us a powerful opportunity to accelerate opportunities for girls and women worldwide,” said Chelsea Clinton, who announced this group of commitments on-stage during a plenary session titled, Girl, Uninterrupted: Increasing Opportunity During Adolescence. “No Ceilings data show us that achieving gender equality doesn’t only change the lives and opportunities for girls and women, it changes the world. When girls and women participate fully, societies, nations, and our global community are all more secure.”