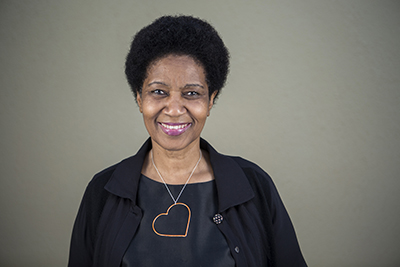 On 25 April, the UN Trust Fund to End Violence against Women (UN Trust Fund), administered by UN Women on behalf of the UN System, will kick off celebrations of its 20th year of grant-making with an Amsterdam-based event at The College Hotel. Together with its partner, SeeMe, a fair-trade jewellery company, the UN Trust Fund will launch its signature anniversary piece, the Orange Heart necklace.

Speakers will include a representative from the Government of the Netherlands, and the Director of B92 Foundation, a UN Trust Fund grantee that delivers an initiative in a Serbian safe house focused on the economic empowerment of women survivors of violence. 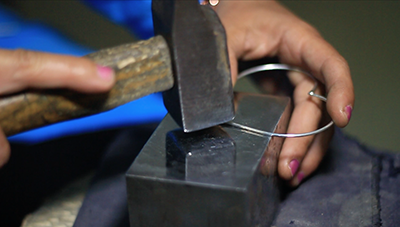 The Orange Heart necklaces are made by women survivors of violence in Tunisia. Photo: David Schagerström

Made by women survivors of violence in Tunisia, the Orange Heart necklace symbolizes a bright future free from violence. Fifty per cent of the proceeds from sales of the Orange Heart will benefit world-wide projects supported by the UN Trust Fund, which focus on three key areas: preventing violence, expanding access to critical services for survivors, and advocating for the effective implementation of national laws and policies. Every year these key initiatives touch more than a million people worldwide.

The SeeMe partnership supports the work of the UN Trust Fund by promoting the economic empowerment of women artisans and working to create new paths to sustainable funding to end violence against women and girls. 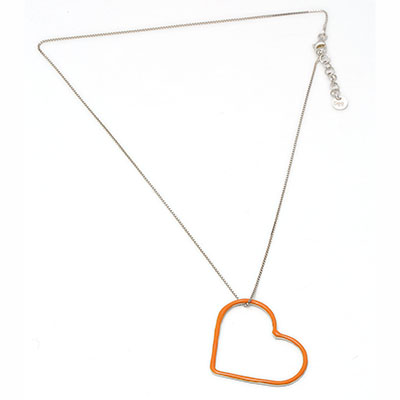 “We are delighted for our new partnership with SeeMe, which will support the critical work of grantees of the UN Trust Fund who work tirelessly to end violence against women and girls,” said Aldijana Sisic, Chief of the UN Trust Fund. “Partnering with SeeMe will also promote the economic stability of women survivors who make the Orange Hearts and contribute to lasting and sustainable development.”

In the past 20 years, the UN Trust Fund has funded 426 initiatives in 136 countries and territories that aim to make concrete and continual positive change to the lives of women and girls around the world.

.@UNTrustFundEVAW has been working to end violence against women for 20yrs. Join the fight. #OrangeYourHeart #UNTFhttps://t.co/aqopX4SS9c