Fundraising event for the life-changing work of the UN Trust Fund to End Violence against Women held in Los Angeles, with #HearMeToo voices taking centre-stage 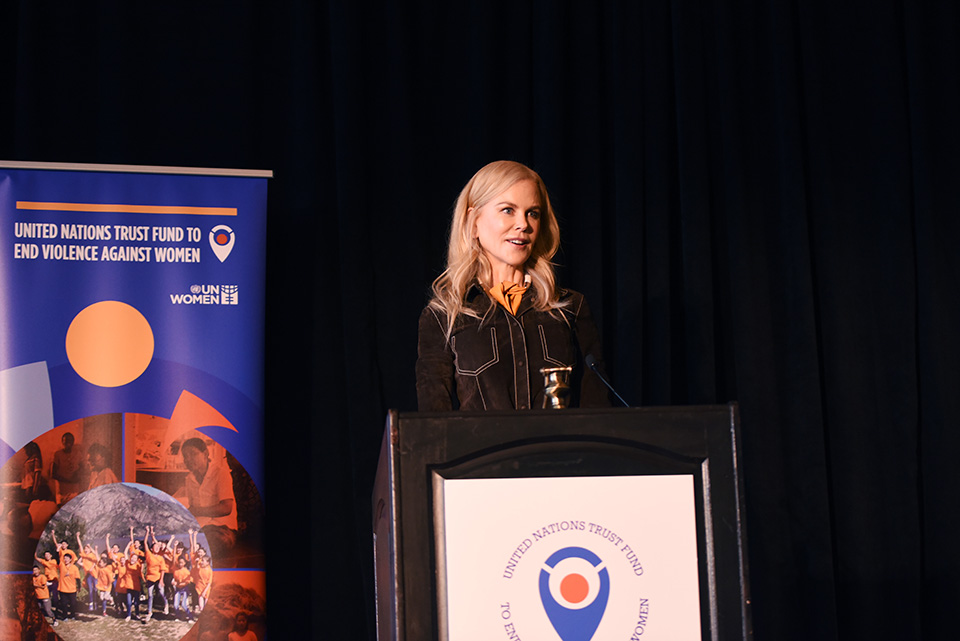 Hosted by UN Women’s Executive Director Phumzile Mlambo-Ngcuka and Goodwill Ambassador Nicole Kidman, the event celebrated the ground-breaking initiatives supported by the UN Trust Fund across the world over the past 22 years and highlighted the work that remains to end this human rights violation, which impacts one in three women worldwide. The UN Trust Fund is the only global grant-making mechanism dedicated to eradicating all forms of violence against women and girls and is managed by UN Women, on behalf of the UN system. 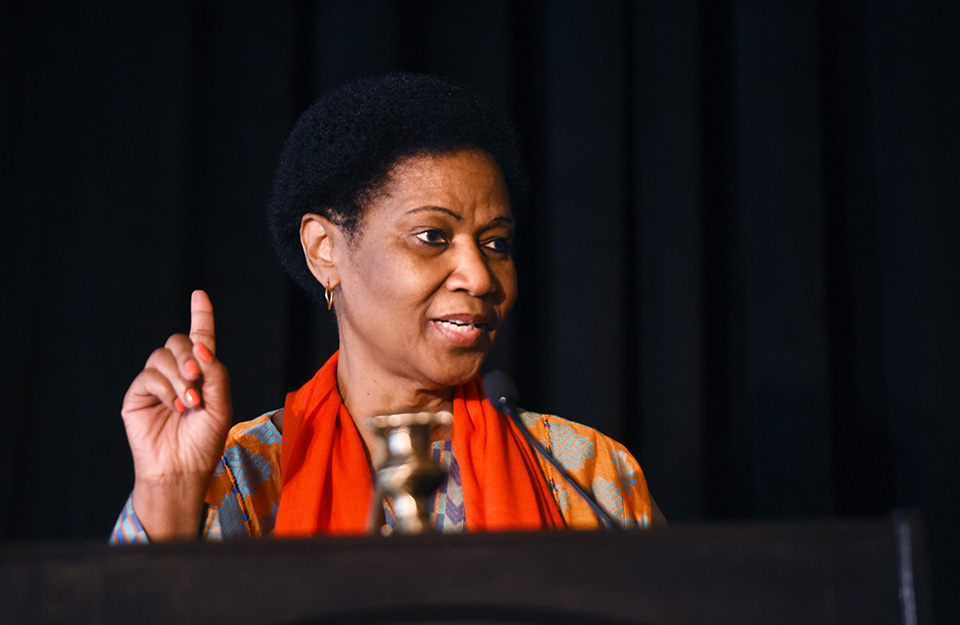 Today’s event brought to a close the global mobilization of the 16 Days of Activism campaign. This year’s UN theme for the International Day for the Elimination of Violence against Women (25 November) and the 16 Days of Activism was “Orange the World: #HearMeToo”, amplifying the voices of women and girls around the world who have survived violence or who strive to defend women’s rights—many of them very far away from the limelight or media headlines.

A relentless champion to end the global pandemic of violence against women and girls, UN Women Goodwill Ambassador Nicole Kidman highlighted why she personally raises her voice on this issue, and why it must be of utmost priority for all: “When I became UN Women’s Goodwill Ambassador some time ago, I met with women and girls who had survived violence and who were supported by the UN Trust Fund to End Violence against Women. I saw first-hand the real difference it makes in the lives of women and girls. I’m here today to continue this work and amplify the voices of women survivors through the media and help raise significant funds for programs that address this issue.”

“We are witnessing the power of a global sisterhood to end the normalization of violence against women and girls that is telling perpetrators “time is up”. We must continue to amplify the voices of all survivors and activists, especially those who are typically marginalized or whose voices have been muted, and come together in global solidarity for change,” said Under- Secretary-General and UN Women Executive Director Phumzile Mlambo-Ngcuka underlining the force of the mobilization that has taken hold globally, and the need to propel it further.

Mesmerizing the event guests, actor and activist Gabriella Wright narrated the powerful story of Alice Mathe, a young woman survivor of violence from Zimbabwe, who is deaf. Unlike many others in her situation, Alice managed to access justice by taking her attacker to court, with the support of an UN Trust Fund initiative providing specialist services to girls and women with disabilities, and he is now in jail. 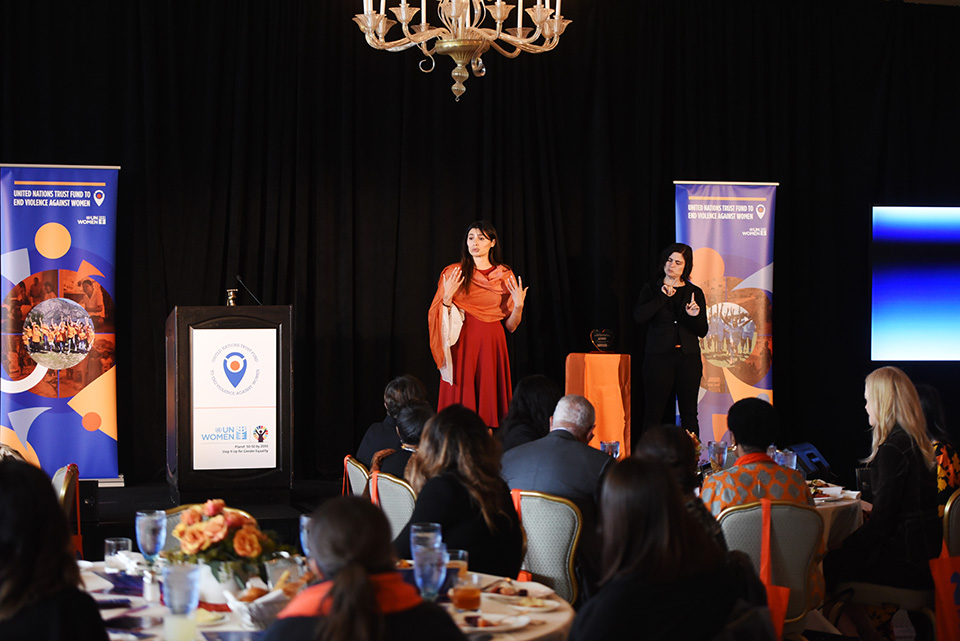 Actor and activist Gabriella Wright narrates the story of a beneficiary of a grantee of the UN Trust Fund, Leonard Cheshire Zimbabwe, working to end violence against women with disabilities.. Photo: UN Women/Kyle Espeleta

The luncheon highlighted the continued dearth of resources for global interventions to end violence against women and girls and called upon those in attendance to contribute to support interventions funded by the UN Trust Fund, which has supported 460 organizations in the last 22 years, reaching over 6 million people last year alone.

Aldijana Sisic, Chief of the UN Trust Fund, highlighted the significance of investing in ending the human rights violation of violence against women and girls: “The long-term test for all of us is not whether we bring down a few powerful men, but whether we ensure we do not let down and leave behind millions of women and girls around the world. We now have an opportunity to build on the courage of survivors in the wake of the #MeToo movement, born in this very city, and demonstrate the systemic nature of violence against women and girls.”

Since 25 November (International Day for the Elimination of Violence against women) this year, the 16 Days of Activism have brought together governments, communities, survivors, activists and the public to raise awareness on the urgent need to end violence against women and girls. Over 600 campaign activities have been held in over 90 countries around the world, with iconic buildings and monuments being lit in orange to call for a violence-free future, such as the Angel of Independence in Mexico City, the majestic Giza pyramids in Egypt or the Yangon City Hall in Myanmar.

In powerful public events in dozens of countries around the world, including public concerts in Chile, Colombia and Bangladesh, using murals in Afghanistan and in public transportation hubs in El Salvador, Vanuatu, and The Philippines, global citizens have stood in solidarity with survivors and advocates.

Photos from the event will be available later this evening at this link: https://www.dropbox.com/sh/dvpcmrgojhrl0ep/AADzFlN6t3X15YXs1qNCJY4ka?dl=0