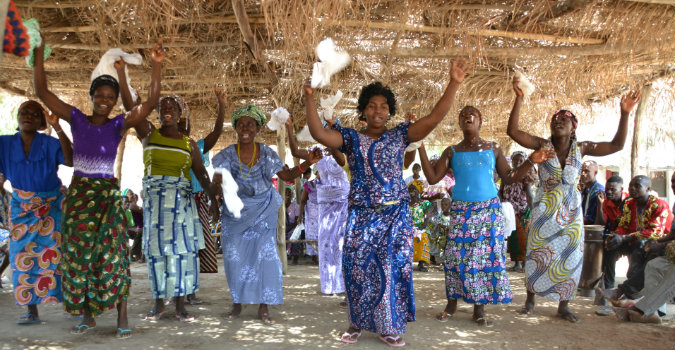 After Nadege’s husband died, her community forced her to have sex with a man they selected and made her live in isolation in her village in south Togo. "The widowhood rituals took three years,” she recalled sadly.

Although Togolese law gives women the right to refuse these harmful practices, the torturous rituals persist in a majority of tribal, rural communities. Just when grieving women are at their most vulnerable, they face extreme forms of discrimination and violence. In addition to the abuses suffered by Nadege, the rituals include tests to make a woman prove she didn’t kill her husband and deny her access to food and any income-generating activity. They also bar widows from any inheritance.

The harmful practices put widows at great risk of rape and HIV infection, and under intense pressure to marry a brother-in-law or another man chosen by the community. 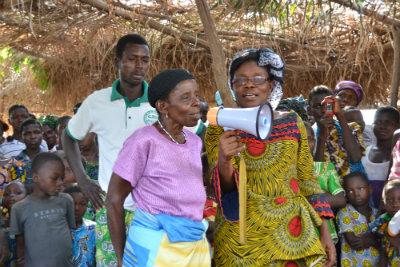 Nadege spoke out as part of her involvement in a project run by Alafia, an NGO supported by the UN Trust Fund to End Violence against Women (UN Trust Fund). She said: “At least now my children’s generation will not suffer. It’s a practice that I wouldn’t wish upon even my enemy.”

Alafia is working in 24 Adja and Ewe tribe villages in Haho prefecture in Togo to change the attitudes that perpetuate this abusive traditional practice. Since January 2015, it has run 48 training sessions that explain the harmful effects of the widowhood rituals on both women and local development. A public “eradication ceremony” is held as a final step of a consensus-building process during which the community publicly pledges to abandon the rituals.

To date, nearly 2,000 people, over half of them women, have benefited from the sessions. By the end of the project, Alafia will have reached 9,000 women at risk of these harmful practices and of contracting HIV/AIDS.

Edith, who has also been involved in the project, said:

“My husband died two years ago… When my brother-in-law declared his intention to marry me and I rejected him, the problems started. He is stalking me constantly… Now that I have received this training, I understand my rights and I am going to report him.”

*All names and locations have been changed to protect the privacy of the individuals.

Related News
17/02/2022
Safeguarding sexual and reproductive health and rights for women and girls with disabilities in Argentina
16/11/2021
The Philippines: Advancing partnerships to ensure safe public spaces for women and girls
18/02/2021
In the shadow of COVID-19: Adapting to protect women from violence in Colombia
04/12/2020
Movement building: Investing in women's movements to end violence against women
22/10/2020
Costa Rica: Leaving no woman behind during the COVID-19 pandemic
END_OF_DOCUMENT_TOKEN_TO_BE_REPLACED